Experientia is often involved in supporting and promoting the Piedmont, Italy territory where it is located.

Our latest initiative is Diana, a machine designed to satisfy existing and future needs of the beauty industry, based on an analysis of current trends, which was a winning entry at the Canavese Connexion a project to promote design by regenerating the Piedmont Canavese industrial area.

The Canavese Connexion is a project to promote design by regenerating the Piedmont Canavese industrial area. Based on an idea of the Design Gang Network, together with the Community of Ivrea, the project is a part of the year of Turin 2008 World Design Capital.

The project exhibition presents innovative designs from ten teams, all strictly â€œMade in Italyâ€. Teams comprising professional designers, a student designer and a Canavese company worked to design and develop prototypes of products that could alter the companyâ€™s core business, based on technology that the company already had in its possession.

Diana is a pulsating laser machine machine designed to satisfy existing and future needs of the beauty industry, based on an analysis of current wellness trends. It incorporates three â€œvisionsâ€ for the future of the industry:

The prototype works to satisfy a part of the needs of the beauty and medical industries: ergonomics and a simple graphic interface combine in a pleasing user experience, which helps to bring calm and tranquility to the patient.

Canavese Connexion will present the prototypes in a twin exhibition in Ivrea and Turin. 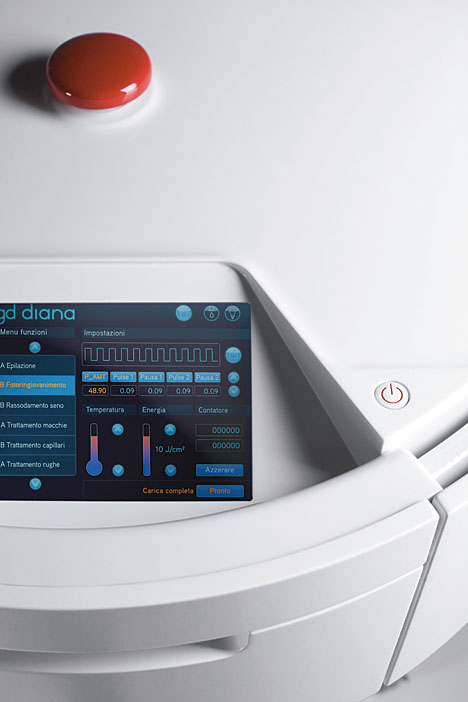 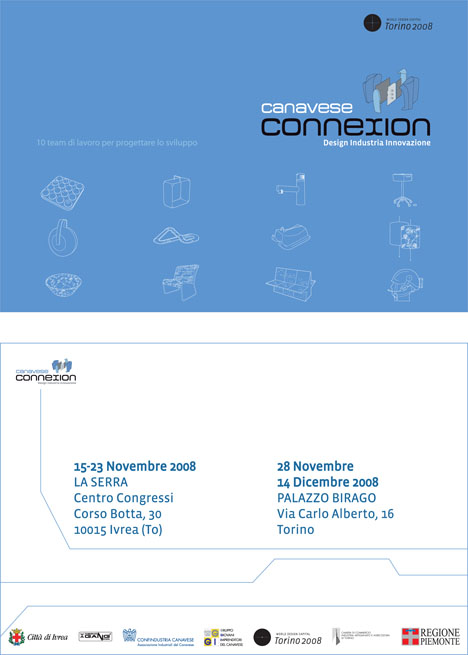