“Several studies, including one to be published later this month by the Commonwealth Fund, conclude that the Danish information system is the most efficient in the world, saving doctors an average of 50 minutes a day in administrative work. And a 2008 report from the Healthcare Information and Management Systems Society estimated that electronic record keeping saved Denmarkâ€™s health system as much as $120 million a year.

Now policy makers in the United States are studying Denmarkâ€™s system to see whether its successes can be replicated as part of the overhaul of the health system making its way through Congress. Dr. David Blumenthal, a professor of health care policy at Harvard Medical School who was named by President Obama as national coordinator of health information technology, has said the United States is â€œwell behindâ€ Denmark and its Scandinavian neighbors, Sweden and Norway, in the use of electronic health records.” 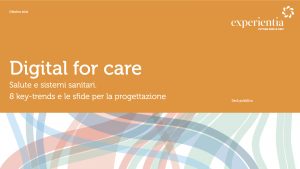