An Italian ruling against Google highlights the clash between Europeâ€™s love of privacy and Americaâ€™s of free speech, writes Adam Liptak in the New York Times.

“Last weekâ€™s ruling from an Italian court that Google executives had violated Italian privacy law by allowing users to post a video on one of its services […] called attention to the profound European commitment to privacy, one that threatens the American conception of free expression and could restrict the flow of information on the Internet to everyone. […]

â€œThe framework in Europe is of privacy as a human-dignity right,â€ said Nicole Wong, a lawyer with [Google]. â€œAs enforced in the U.S., itâ€™s a consumer-protection right.â€ […]

Article 8 of the European Convention on Human Rights says, â€œEveryone has the right to respect for his private and family life, his home and his correspondence.â€ The First Amendmentâ€™s distant cousin comes later, in Article 10.

Americans like privacy, too, but they think about it in a different way, as an aspect of liberty and a protection against government overreaching, particularly into the home. Continental privacy protections, by contrast, focus on protecting people from having their lives exposed to public view, especially in the mass media.” 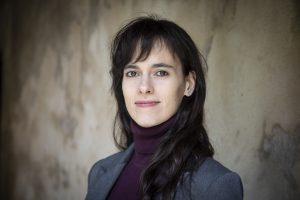 “Democracy depends on it”: Carissa Véliz on privacy and ending data surveillance